Valium is indicated for the management of anxiety disorders or for the shortterm relief of the symptoms of anxiety. Anxiety or tension associated with the stress of everyday life usually does not require treatment with an anxiolytic.

In acute alcohol withdrawal, Valium may be useful in the symptomatic relief of acute agitation, tremor, impending or acute delirium tremens and hallucinosis.

Valium is a useful adjunct for the relief of skeletal muscle spasm due to reflex spasm to local pathology (such as inflammation of the muscles or joints, or secondary to trauma), spasticity caused by upper motor neuron disorders (such as cerebral palsy and paraplegia), athetosis, and stiff-man syndrome.

Oral Valium may be used adjunctively in convulsive disorders, although it has not proved useful as the sole therapy.

The effectiveness of Valium in long-term use, that is, more than 4 months, has not been assessed by systematic clinical studies. The physician should periodically reassess the usefulness of the drug for the individual patient. 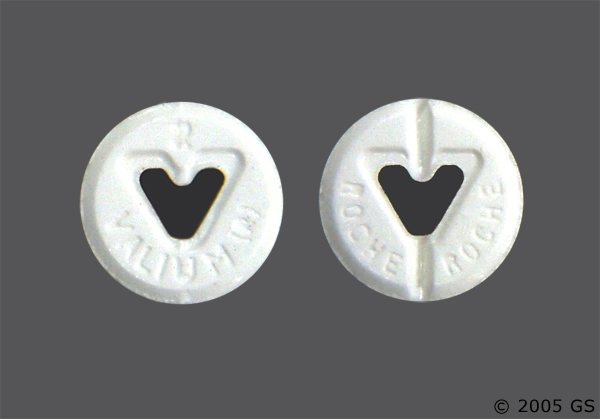 Concomitant use of benzodiazepiones, including Valium, and opioids may result in profound sedation, respiratory depression, coma, and death. Because of these risks, reserve concomitant prescribing of these drugs for use in patients for whom alternative treatment options are inadequate.

Observational studies have demonstrated that concomitant use of opioid analgesics and benzodiazepines increases the risk of drug-related mortality compared to use of opioids alone. If a decision is made to prescribe Valium concomitantly with opioids, prescribe the lowest effective dosages and minimum durations of concomitant use, and follow patients closely for signs and symptoms of respiratory depression and sedation. In patients already receiving an opioid analgesic, prescribe a lower initial dose of Valium than indicated in the absence of an opioid and titrate based on clinical response. If an opioid is initiated in a patient already taking Valium, prescribe a lower initial dose of the opioid and titrate based upon clinical response.

Advise both patients and caregivers about the risks of respiratory depression and sedation when Valium is used with opioids. Advise patients not to drive or operate heavy machinery until the effects of concomitant use with the opioid have been determined (see Drug Interactions).

Valium is not recommended in the treatment of psychotic patients and should not be employed instead of appropriate treatment.

Since Valium has a central nervous system depressant effect, patients should be advised against the simultaneous ingestion of alcohol and other CNSdepressant drugs during Valium therapy.

Side effects most commonly reported were drowsiness, fatigue, muscle weakness, and ataxia. The following have also been reported:

For more information on this drug and dozens of other leading psychotropics, see our 2018 Black Book of Psychotropic Dosing and Monitoring. Available as a digital PDF download.