Drug addiction, also called substance use disorder, is a dependence on a legal or illegal drug ormedication. Keep in mind that alcohol and nicotine are legal substances, but are also considered drugs.

When you’re addicted, you’re not able to control your drug use and you may continue using the drug despite the harm it causes. Drug addiction can cause an intense craving for the drug. You may want to quit, but most people find they can’t do it on their own.

Drug addiction can cause serious, long-term consequences, including problems with physical and mental health, relationships, employment, and the law.

You may need help from your doctor, family, friends, support groups or an organized treatment program to overcome your drug addiction and stay drug-free. 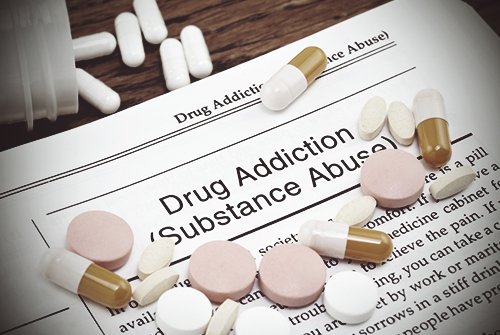 Most drug addictions start with experimental use of a drug in social situations. For some people, the drug use becomes more frequent. The risk of addiction and how fast you become dependent varies by drug. Some drugs have a higher risk and cause dependency more quickly than others.

As time passes, you may need larger doses of the drug to get high. Soon you may need the drug just to feel good. As your drug use increases, you may find that it’s increasingly difficult to go without the drug. Attempts to stop drug use may cause intense cravings and make you feel physically ill (withdrawal symptoms).

Drug addiction symptoms or behaviors include, among others:

Sometimes it’s difficult to distinguish normal teenage moodiness or angst from signs of drug use. Possible indications that your teenager or other family member is using drugs include:

Signs and symptoms of drug use or intoxication may vary, depending on the type of drug. Below you’ll find several examples.

Marijuana, hashish and other cannabis-containing substances

People use cannabis by smoking, eating, or inhaling a vaporized form of the drug. Cannabis often precedes or is used along with other substances, such as alcohol or other illegal drugs, and is often the first drug tried.

Signs and symptoms of recent use can include: